Do you know the role of diversity, cultural similarity and history in economic development and conflict in the context of Africa? In this interview Dr. Ömer explores this important subject and explains their work on the role of borders and conflict as one of the main problems in Africa.

Associate Professor at the Department of Economics at Southern Methodist University (SMU), a Research Fellow at IZA, a Fellow at the Global Labor Organization, and an Associate Editor at the Journal of Population Economics. He holds a Ph.D. in economics from Brown University, an MS in Mathematics and a BS in economics from Universidad Nacional de Colombia, and a BA in Marketing and Publicity from Politécnico Grancolombiano.

My research explores the deep historical origins and long-run consequences of some of the most fundamental cultural, human and economic characteristics that are at the roots of contemporary comparative economic development across countries, regions and ethnic groups. In particular, I study how the interaction of bio-geographical, cultural, institutional, and technological factors have determined the evolution of societies in the course of human history. This interdisciplinary research agenda lies at the intersection of comparative development, economic growth, political economy, cultural economics, and evolutionary economics, and it further contributes to the fields of cultural and human evolution, and cultural anthropology.

How did you learn about AfricArXiv?

Searching among the possible outlets in OSF for the ones that best fit the potential readers of our research.

Have you previously shared results on other preprint or institutional repositories?

I have shared my results in the working paper series of the NBER, IZA, GLO, the department of economics at Brown and SMU, as well as repositories like SSRN, Ideas/REPEC, OSF, SocArxviv, and AfricArxiv

The Origins of the Division of Labor in Pre-Industrial Times

Distance to the Pre-industrial Technological Frontier and Economic Development

Culture, Diffusion, and Economic Development: The Problem of Observational Equivalence

The Agricultural Origins of Time Preference

Geographical Roots of the Coevolution of Cultural and Linguistic Traits

The Origins and Long-Run Consequences of the Division of Labor

The Voyage of Homo-œconomicus: some economic measures of distance

How is your research relevant to the African context?

Given that our research focuses on comparative development and long-run growth, it can be  very relevant to Africa as it explores some of the most important issues the continent faces. I especially think that revisiting the role of diversity, cultural similarity and history in economic development and conflict is very important. Case in point, our work on the role of borders and conflict sheds new light on one of the main problems in the continent. Although conflict in Africa is one of the most studied and discussed subjects, there are many aspects of it that have not been studied or have been studied only in specific contexts. Our work has highlighted novel aspects underlying this phenomenon, which may provide new policy proposals to tackle this major source of human suffering.

What challenge were you setting out to address when you started this work and what are the discoveries that have led you to your current results?

In our previous work, my co-author Emilio Depetris-Chauvin and I, have explored the origins of the division of labor in pre-industrial times. In that research we showed that populations that were more diverse in intergenerationally transmitted traits (e.g., preferences, abilities, values, knowledge) had more division of labor, which allowed them to develop more. One of the interesting results we found is that the division of labor was conducive to the emergence and consolidation of states. Given that diversity tends to me associated with bad socio-economic outcomes in the contemporary era, especially conflict, we also explored whether population diversity was associated with conflict within or across societies. Interestingly, we could not find an effect on intra-ethnic conflict, but we did find evidence that diversity was linked inter-ethnic conflict. Based on this preliminary evidence, we decided to explore the issue further and analyze whether historical ethnic borders were drivers of conflict in the African context. We hypothesize that the fuzzy nature of historical ethnic borders underlies contemporary disputes over land, authority, and territory.

In our paper “Borderline Disorder: (De facto) Historical Ethnic Borders and Contemporary Conflict in Africa” we present evidence that supports this hypothesis establishing that the presence of historical ethnic borders has a big impact on conflict in Africa. Indeed, we document that both the intensive and extensive margins of contemporary conflict are concentrated close to historical ethnic borders. We find that regions with historical ethnic borders have 27 percentage points higher probability of conflict and 7.9 percentage points higher probability of being the initial location of a conflict. Our research suggests that there are several key underlying forces driving this result: competition for agricultural land, population pressure, cultural similarity and weak property rights. Next we want to explore whether there are other institutional or cultural aspects that are affected by the presence of ethnic borders. Additionally, we are expanding our research to analyze the impact of other cultural aspects across African ethnicities on conflict or development. For instance, we are starting a new project exploring domestic violence and violence against women.

Thank you for the interesting and thought provoking discussion. There are several factors behind conflict in Africa including competition for agricultural land, population pressure, cultural similarity and weak property rights. Dr. Ömer Özak is working to provide new policy proposals to tackle the challenge of conflict in Africa.

Do you have any thoughts or questions for Dr. Ömer Özak? You can leave them in the comment box below.

Are you working on research in Africa or about Africa? You can make use of AfricArXiv, to submit your work at https://info.africarxiv.org/submit/

AfricArXiv is a community-led digital archive for African research communication. We provide a non-profit platform to upload working papers, preprints, accepted manuscripts (post-prints), presentations, and data sets via our partner platforms. AfricArXiv is dedicated to foster research and collaboration among African scientists, enhance the visibility of African research output and to increase collaboration globally. 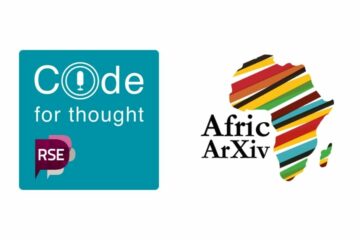 The AfricArXiv team contributed to the third episode of Code for Thought, a podcast on ‘software, engineering, research and anything in between’ created by Peter Schmidt of the Society of Research Software Engineering. 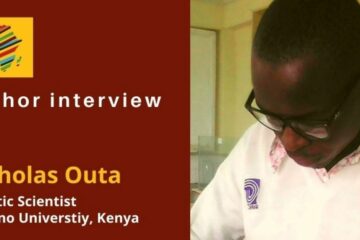 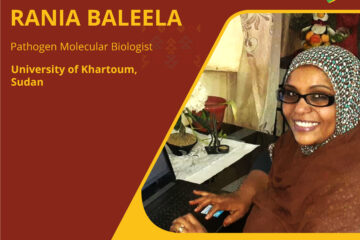 Interview with Rania Mohamed of University of Khartoum, Sudan

Dr. Rania Baleela, from University of Khartoum, Sudan, is a pathogen molecular biologist working towards developing infectious diseases control strategies. This interview explores Dr. Baleela’s research work, experience and her efforts in educating her community in dealing with poisonous and venomous organisms.